Can you protect property against identity fraud? - HSG Group

Think you need to be wealthy to invest? 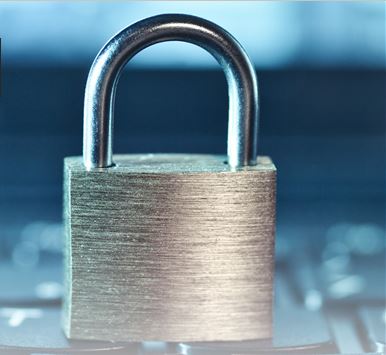 Can you protect property against identity fraud?

A recent news article* placed identity theft as the fastest growing type of fraud in Australia with an 80% year on year increase. Worryingly, cases of identity theft have even moved into the property market! It certainly begs the question…

Identity theft has the potential to be devastating and financially crippling, however it is not new to our shores.  Below we share some alarming Australian examples:

Last year, a Canberra woman was embroiled in the court system in an attempt to claim compensation from the ACT government after her house was sold from under her nose without her knowledge**!

While she was residing overseas the brazen fraudsters impersonated her, forged her signature and instructed a real estate agent to list her house.  They engaged a lawyer to manage the conveyance and directed her bank to discharge her mortgage from the title to her property. The sale proceeds were deposited  into a bank account traced to Indonesia.

Despite the fraud coming to light shortly after the sale was finalised, it was too late.  The innocent purchasers, who had no involvement with the fraud, were now the registered owners of the title to the land. As a result, they enjoyed the benefits of indefeasibility to title (a right or title in property that cannot be made void, defeated or canceled by any past event, error or omission in the title.).

Unfortunately, this wasn’t the first time for such an event.  In 2010 Western Australia was the target of choice for fraudsters when a house in Karrinyup was sold without the knowledge of its owner***.  African based fraudsters successfully impersonated the property’s owner and instructed the property manager to market and sell the home.

In 2011, property owners in Ballajura received a rude shock when they contacted their property manager to arrange an inspection of their investment property****. Their house had been listed and sold by the real estate agency months earlier!  Once again, they had fallen victim to the impersonation and fraudulent instructions of fraudsters.

Q. What about compensation?

Unfortunately, for a victim who has had fraud committed against title to their home, seeking compensation for the loss is a long, stressful and expensive road.  Although various jurisdictions have provisions within their laws that allow for compensation to be provided by respective state governments, it is often reserved as the option of last resort. This means that for a victim to be able to claim compensation for the loss of their house they must have explored every other recourse available to them – including commencing available proceedings against the fraudsters themselves! As you can imagine, success is not always guaranteed.  The unsuspecting Canberra fraud victim finally had her day in court – more than two years after the fraudulent sale.  She no doubt also accumulated huge legal expenses.

Q. What protection is available?

While risks may be minimised if you currently reside in the property there is no doubt that modern technology has introduced modern risks. Taking steps to minimise risk is becoming essential for all of us in today’s world.

If you would like more information on title insurance…

CALL us today 02 8004 2222 for an introduction to our insurance specialist. What a great opportunity to review ALL your insurance needs!